I left my last post titled, ‘summer colour re think,’ with me having a great turquoise glaze that would suit summer. So I mixed up a 3 kg batch and glazed a round 20 pots in various different combinations with my existing glazes and the pink shocking glaze. I was very hopeful of the outcome because the test tile was lovely.

The results of this firing were very disappointing. The colour was similar to the test but not as rich but it was the surface finish that was bad as it had pitted and blistered! 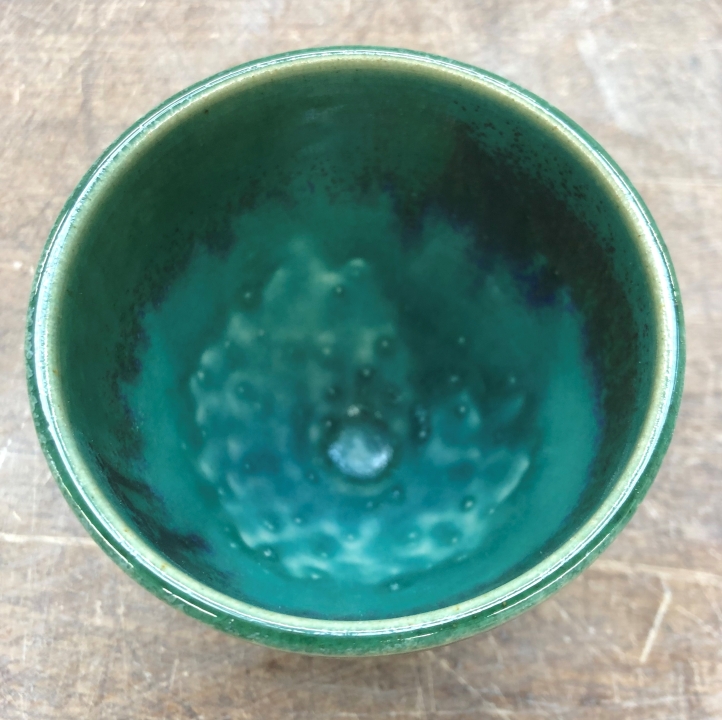 There were some parts of each pot that was nice were the glaze hadn’t blistered but on a whole they were not usable.

One theory that could have happened was the kiln was fired too high, this glaze might not be good at the high temperatures I fire too so I decided to re-fire a couple more small pots in the test kiln but only to 1260 not 1280 in the hope that that might work. 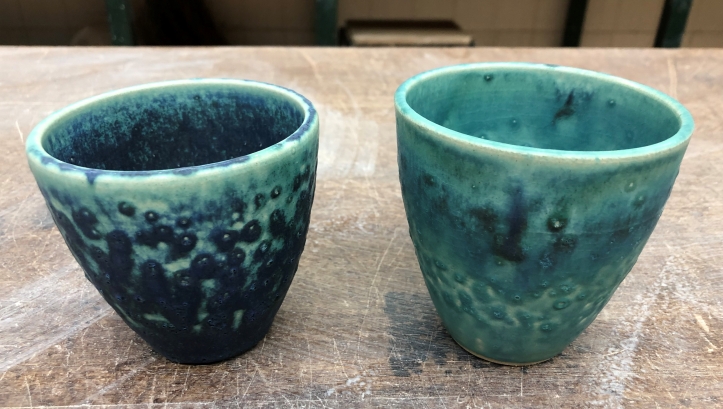 The first pot was dipped twice which is why it’s darker but they both still blistered which was very annoying.

With so little time left until I have to hand in my work I made the decision to leave this glaze and try another. This turquoise glaze was a completely different glaze recipe from my others so I think I need to stick to my tried and tested base glaze and find an appropriate stain to make turquoise.

I then tried them on a couple of pots along with a sandy coloured glaze (which is one of my autumnal glazed) which turn out perfectly, representing seaside coastal colours.

This will be my last attempt at producing a summer range of pots with my deadline being so close now that I can only hope that these glaze work and that my pots come out of the kiln in time for my assessment.